The Ince Group > Investors > Board of Directors

Simon was a founder of Work Group plc and after the reverse takeover in August 2017 was invited to become a non executive director of The Ince Group plc. He worked in the UK recruitment industry for over 30 years, 20 of which were in senior executive roles. In 1988 he was appointed Managing Director, then Chief Executive of Barkers Human Resources. He left that business in 1994 to lead the buy-out of Park Human Resources which was then sold to SHL Group plc in 1997 with Simon becoming an executive director on the main board. He resigned in 1999 and co-founded Work Group in 2000. He wrote the weekly ‘Jobfile’ column on employment issues in The Sunday Times for over 12 years and has been a regular contributor to magazines and speaker on recruitment and HR issues.

Donald Brown is a senior investment banking executive with over 25 years’ experience of working in the small cap and mid cap broking sector. Most recently he was a Managing Director at the Royal Bank of Canada and previously held senior positions at Collins Stewart and Evolution Securities. He has specialist knowledge of fundraisings at primary and secondary levels and many years’ experience of advising CEOs and boards across a wide range of industries on corporate strategies within the public and private markets.

Simon Oakes is a qualified chartered accountant. He trained as an auditor with EY before moving to their corporate finance team. In 2013 he joined Deloitte as a director in corporate finance, specialising in financial diligence across a number of sectors and acquisition types (including listed transactions and Private Equity backed transactions). He has worked as Group Financial Controller since joining the Group in October 2018 and was appointed as Chief Financial Officer at the beginning of April 2020.

Jennette is an experienced lawyer having held senior business roles as a Partner at both Clyde & Co LLP and BLM LLP where she held a number of positions including responsibility for operational transformation and modernisation, and sector growth, both in respect of internal business-related strategy and externally in market and client-facing roles, covering client delivery models and strategic new business sector penetration. Jennette is Ince's Head of Insurance and the Managing Partner of the Group's legal business in the UK and has many years of technical expertise in insurance law, claims and defence litigation, advising insurers, reinsurers, intermediaries, corporates, and other risk carriers. She has a wealth of experience dealing with highly sensitive multi-party, multi-jurisdictional, and high-value and complex claims. 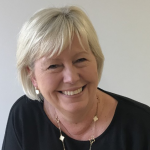 Carol has spent most of her career in professional services and was the International HR Director at DLA Piper between 2008 and 2017 where she led its first international HR strategy. Previous roles include Chief Human Resources Officer at Ernst & Young and EMEIA HR Director at Andersen. Since 2018 Carol has worked as an executive coach and consultant providing strategic HR services across a variety of industries. She holds non-executive positions with the Lord Chancellor’s Recruitment Advisory Committee, and the Appointments Committees of the Chartered Institute of Marketing and the General Dental Council. 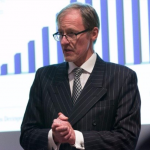 Laurence has worked with the legal industry throughout his career, predominantly at ‘Magic Circle’ law firm Freshfields where he was Global CFO. Now a coach and consultant, principally to the professionals, Laurence brings vast experience of law firm profitability models and working capital issues. He also has a particular interest in technology and business transformation, as well as compensation and governance arrangements. Outside of legal, he has extensive experience as a non-executive Board member and Audit Committee Chair.